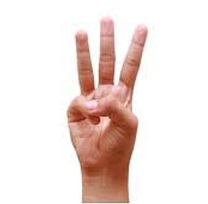 My favorite Amitabh Bachchan (AB)  movie is Trishul, the intensity of characters in the movie is a relief from often quite amateurish buffoonery of characters in Indian cinema. Maybe it is Sanjeev Kumar or is it AB who lends this movie its magnetism or maybe even the underappreciated Rakhee in the movie. Or was it the Director of movie Yash Chopra.

Released in 1978, the movie was a gem of mainstream movies with a measured nod to song & dance. Another plus for movie was that the premise was based on business not as evil, but a mainstream activity.  An avenging bastard son showing his father & his family how to square up gets entangled with side shows of corrupt contractors & villains. Through various twist and turn the movies moves to explosive but predictable climax.

Few things were 1st which became mainstream in times to come and continued right up to 1990 before SRK started to change the scene in 1990’s.

1)      The movie saw the emerging avenger in from of AB taking on an enforcer (played superbly by Rohit Shetty’s father (screen name Shetty), Why go to courts etc… when bawn and shouting can solve the problem. Remember Deewar the earlier movie did not give any redemption to character played by AB in it.

2)      The movie also showed the emerging societal points of ends justifying the means, corruption was normalized to a transaction.

3)      An ode to Indian patriarchal system where benevolent male is center of all existence and his mere absence can make life miserable for others.

This and others related stuff my friends are suggested topic for a civilized conversation over glass of God’s nectar (way better then discussing current affairs).

Why I am writing a ode to this movie is because I believe What we see today in our midst is peak (hoping so) of this behavior which emerged at that time.

I have a grouse and I will sort it out with no respect for law, privacy or patience for due process. YOU are wrong and I am right that’s all one needs to believe and go ballistic. Send tweets, call people names, drive extremes of all sorts and drive TRP’s (maybe main purpose). Thankfully the venting is digital in these days else just thinking of alternatives is scary.

No one can absolve himself/herself of where we are now, not choosing to solve the problems but run after chimera shown by the powerful people. Politicians of every hue have made merry by running tactical solutions and not solve the problems. Yes, we have huge pending case load in courts, yes our police system is not effective and yes our health services are pathetic but hey we don’t worry about them. We seek solace in maya around us and let our civilizational possibilities die a painful death.

Shul means problems or suffering. Trishul means that which destroys all kind of suffering.
Three types of pain that arise in life:
1. Aadibhautik (physical)
2. Aadhyaatmik (spiritual) and
3. Aadidaivik (ethereal)
What relieves you from all the problems and suffering is the Trishul. And it is in the hand of Shiva.

If we have to solve the problems in our midst, we need to have patience to solve within our system (We the people). Think about solving the problems which are deep rooted amongst us using Trishul.