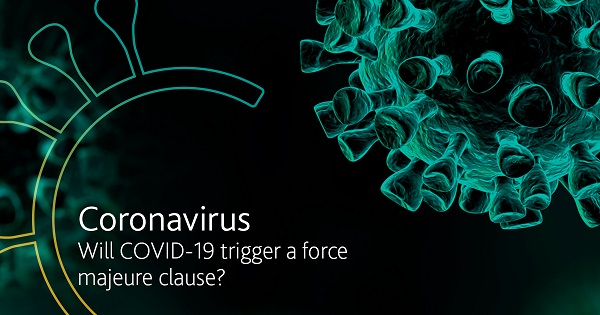 In the Indian context, a 400-year-old English language layered with 75 years of Jurisprudence results in a totally different perspective namely:

a. The contract between parties is supreme; if it specifically anticipates a pandemic with consequences stipulated, it will govern above all else — 99.99% cases are of gaps and ambiguity, because parties are not prophets and lawyers are not astrologers.

b. While English law is of persuasive value, Indian courts must be guided by the comprehensive codes in sections 32 and 56 of our Contract Act.

c. Of the three underlying juristic principles — that the consequence of a frustrating event be implied by courts as something so obvious that parties excluded it because of its obviousness; be imposed by courts as the most just and fair result; or be adopted as that which law’s hypothetical reasonable man would do during FM.

d. Critically and crucially, case law has used strong words and cast the threshold to successfully apply Force Majeure very high. It requires the entire foundation of the bargain to be shown to be upset. The basis of the adventure must be destroyed. Mere alteration, even significant change, or highly enhanced onerousness, or humongous increase in expenditure, or availability even of delayed performance alternatives, have all negated Force Majeure. A radically new contract and a break in identity with the original have been judicially adumbrated. Price, cost and monetary changes have been specifically given the least judicial importance.

Noted legal experts, on point (c), also stipulate that the last option so stipulated is the most preferable. The first is farcical because the very basis of Force Majeure is that which parties could not anticipate.

However, the absence of effective market development activities and consequent impact of the absence resulting in Decrease or complete erasing of the Top-Line is a temporary effect of such prohibitive times. The consequential recovery time from such a situation is an exercise in itself and for an entity trying to establish itself the implications are much more far reaching and damning.

The typical VC Shareholder’s Agreement / Share Sales Agreement, or whatever else it is referred to as, does not include situations like a Pandemic or similar such life disturbing events for obvious reasons. In-fact we have rarely come across a Force Majeure in such a document.

We think time has come to re-visit the matter. It is easy to say that you shut the money supply. That may result in investment sunk for the fund and that is not a prospect a Fund should be providing for or looking forward to. Risk of business set aside, a situation not in control of the Fund or the Portfolio cannot be the factor to provide untoward loss of Capital for the fund and in the process also wrecking the enterprise and the brave hearts who set it up.

HOW DOES ONE PROVIDE FOR FORCE MAJEURE?

I wish there were straight answer(s) for this sub-normal question. It should be obvious but the scenario of

Easier said than done. The mere aspect of providing for an element to protect the venture promoters and venture investors is an alien concept, for this industry as a whole, and will need a lot of thinking around. The element of Trust and ensuring the element is not lost, no matter the situation, is not an easy ask. Covering aspects of misuse by either parties are concern areas that are easily stated but difficult to stipulate, in a legal document, without raising doubts from either side to the relationship.

It is an area that is worth waiting and watching out for. As I see it, at present, there are no answers for this obvious scenario playing itself in front of our eyes – STRANGE!!